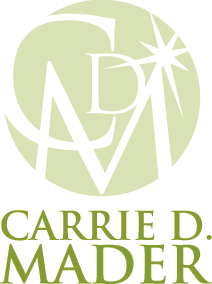 When I was planning my own wedding way back in the day, I was writing about it on the Wedding Channel. It was my dirty little secret, the whole message board scene, my ‘pretend’ internet friends.;)Â  Well now that I am firmly entrenched in the wedding jewelry business, I decided to revisit the wedding channel and see if I could dig up my old stories and low and behold I FOUND THEM!Â  Here was my first post over there, don’t laugh too hard.

How CD met her Prince
We originally met at work, believe it or not, he was my boss. He was attached (married), and I was attached (engaged), and neither one of us thought much about the other, except come to think of it, he used to follow me around a lot at work, hmmmm… So we worked together for about a year then our project ended and I started a new one. He was no longer my direct boss, but he was my coach at work. A coach is the person that you can call and complain to that you aren’t getting treated right and they give you advice, he gave me advice all right, oh that comes later… So, we kept in touch through e-mail and every once in a while he would come visit my new project. As my boss and coach, he supported me at work in tough situations, and I was very attracted to that, a man who was supportive and taking care of meâ€¦ ahhhhh. I have always been a strong, independent woman, donâ€™t tell me what to doâ€¦ so this feeling was weird, but nice!

In the meantime, I was having fun planning the wedding, you know to the OTHER guy, yet having this overwhelming feeling that the doors were closing. There would be no more boys, for the rest of my life! The planning was great fun, but I was feeling trapped, and also attracted to every other male who crossed my path, baggage handlers, pilots, busboys, the list goes on. I was also having fun e-mailing and occasionally seeing Prince. I was thinking to myself, how healthy I am that I can be engaged and still flirt shamelessly with Prince, I was soooo put together, NOT. So, I went to see a counselor, smartest thing I ever did. She told me that I had to concentrate on the guy I was going to marry, and flirting with baggage handlers and princes only complicated matters. I came to the realization that I didn’t WANT to concentrate on him and called the whole thing off.

Oh yeah, you are probably wondering about his situationâ€¦ Well, he separated and then divorced based on the fact that things werenâ€™t gong well in his marriage, hadnâ€™t been for a long time, they had established some really bad habits, and couldnâ€™t break through them. He also realized that he was attracted to me and wanted to see me all the time. We both recognized that we were catalysts for each otherâ€™s break ups. I am also a firm believer that we had to go through other stuff before we could be together.

So, we started seeing each otherâ€¦ a lot. It didnâ€™t help that we lived across the country from each other. Whenever we got together it was this totally romantic escapade. He was wonderful, handsome, sweet, kind, attentive, listened and remembered stuff that I said. And, I was myself around him, he knew every flaw and still was attracted to me!!! I couldnâ€™t wait to see him and eventually ended up moving to his city, which caused me major stress as you may imagineâ€¦ Moving to be with a boy, away from family and friends, no idea where it was going, ughhhhhh! We both remember one defining moment when I was lying in his arms and he told me he could take care of me, I just melted at that moment. I had never trusted anyone to take care of me before, and I trusted Prince and wanted nothing more than to have him take care of meâ€¦ where was â€˜I am woman hear me roarâ€™???

So, we ended up getting engaged, save that story for another installment, and we will live happily ever after. I canâ€™t wait to be his wife, and he canâ€™t wait to be my husband. Our relationship has its bumps, we both bring our own designer baggage to the table, but we are working through stuff with trust, respect and determination to get it right. Ooooh, now I am sentimental and must go snuggle with himâ€¦